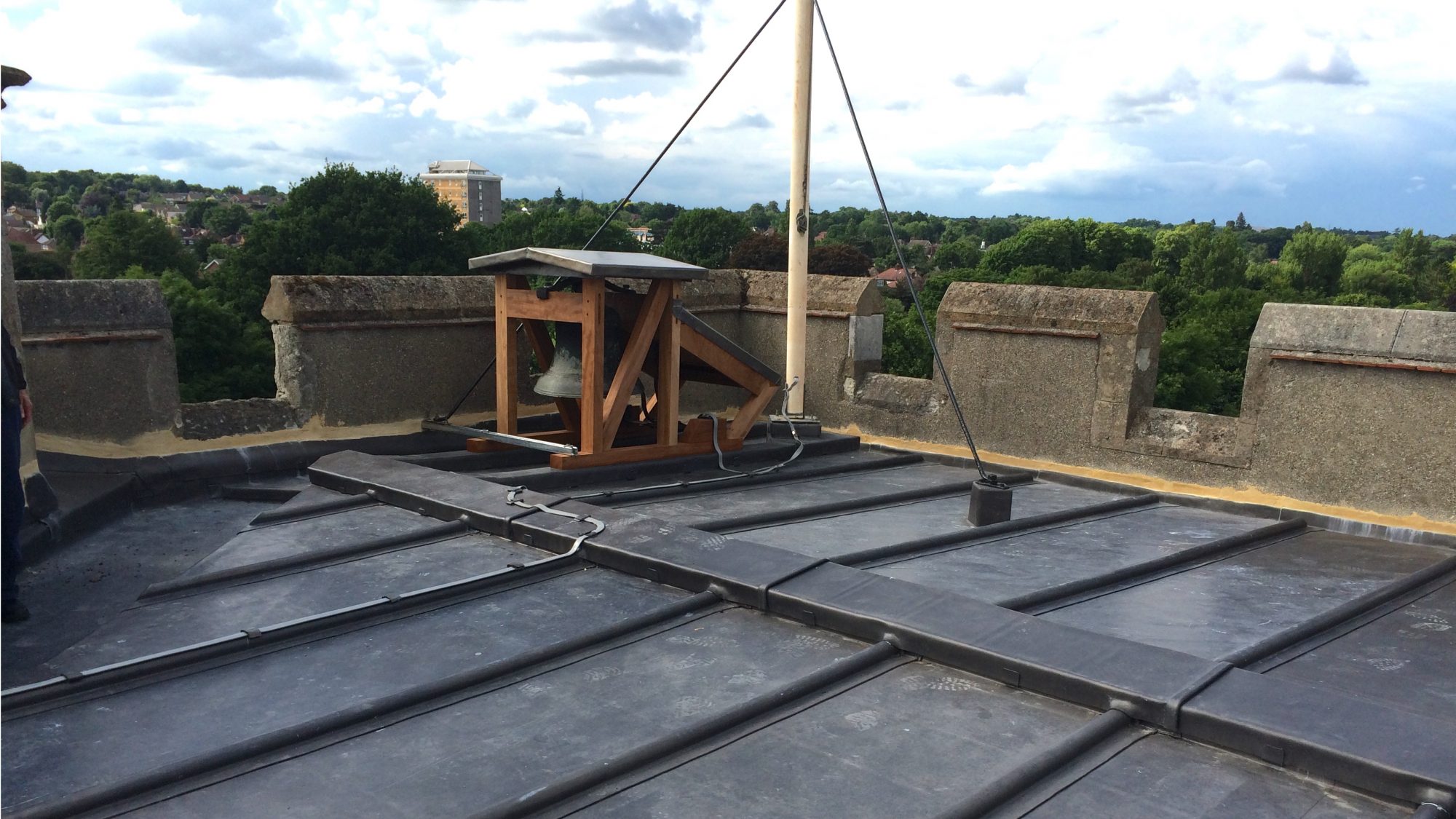 The life-expired lead sheet covering to the tower roof was leaking and the detailing required modification to bring the roof up to current leadwork standards.

Upon opening-up, historical timber decay was discovered, requiring replacement of two timber joists and strengthening of the structure with metal angle plates.

In order to bring the roof up to current leadwork standards, and to allow for increased rainfall, a new roof deck was constructed on top of the existing, retained, roof timbers.

The roof was replaced with new code 8 lead, and weathering details for the flagstaff and bellcote were improved.

A new bellcote was also constructed from iroko wood in order to avoid tannins from new oak damaging the leadwork.